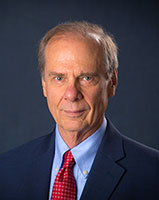 Peter Abel, PhD, has been named Chair of Pharmacology, where he has served in an interim leadership role since August 2016. Abel joined the department in 1987 and has a secondary appointment in the Department of Pharmacy in the School of Pharmacy and Health Professions. He received Creighton University’s Distinguished Faculty Service Award in 2009 and the medical Dedicated Teacher Award in 2006. 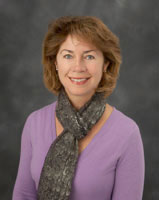 Kayla Pope, MD, program director for psychiatry, was named interim chair of the Department of Psychiatry. Pope joined the School of Medicine faculty in 2012 and has served as the program director for general psychiatry since 2015. She is a graduate of George Washington University and received her post-graduate training at the National Institute of Mental Health. Her research has explored adolescent behavior issues and the relationship between brain structure and psychopathy. 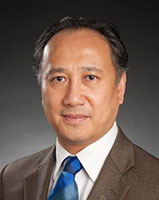 Jian Zuo, PhD, joined the School of Medicine faculty as the chair of Biomedical Sciences on April 1. Zuo received his PhD from the University of California San Francisco and was a postdoctoral fellow at Rockefeller University. Zuo joins Creighton University from St. Jude Children’s Research Hospital in Memphis, Tennessee, where he worked since 1998. His research interests include neurodegeneration and function, regeneration and protection of sensory hair cells in the cochlea. Zuo has previously established collaborative relationships with researchers at Creighton University and the Boys Town National Research Institute.